Throughout 2021, I've been really stepping up the repaint work on the Morker side of my army. My Orks army has been a weird mix of colors that I originally did for unit designation, however the army didn't look very cohesive on the battlefield. There are better ways to do unit designation while maintaining a nice scheme, so I decided to make this big push to get everything repainted in a cohesive scheme and to my current skill level.

Since most of the models already had yellow as one of their colors, the steps usually included:

I usually run these models as Deathskulls since my army's warlord uses Mad Doc Grotsnick's rules for Dok Drillteef. Also, the theme of the Deathskulls make sense for the lore of the army.

I don't have a full army shot as of yet. I'll do that later this year, perhaps around the winter holidays. I still need to run repaints on the Gorker side of the army. 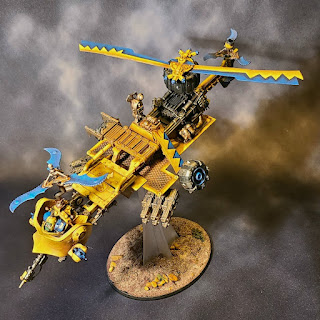 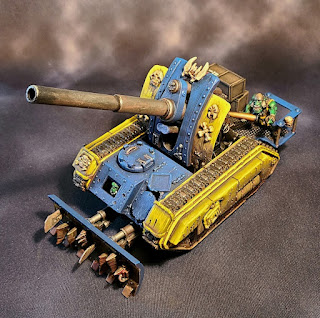 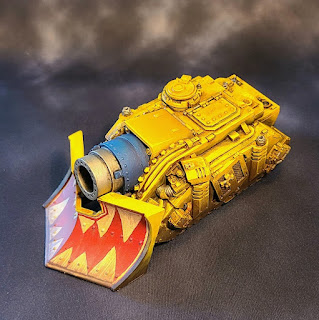 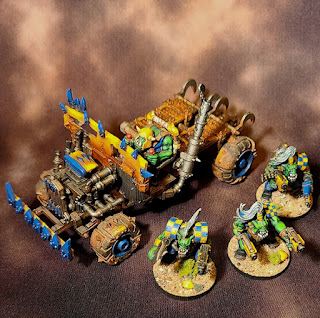 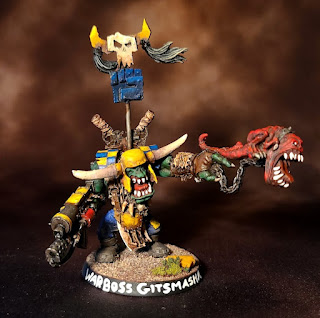 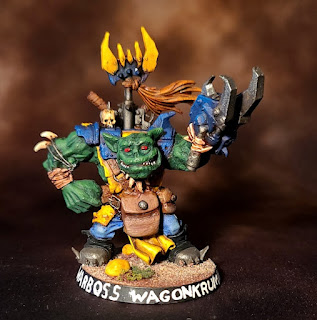 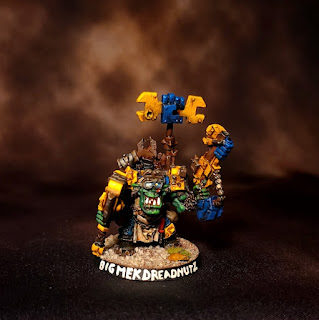 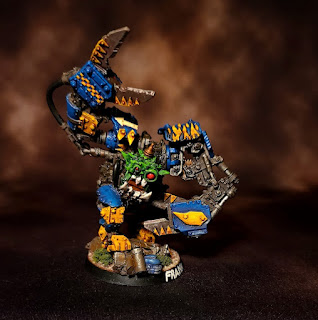 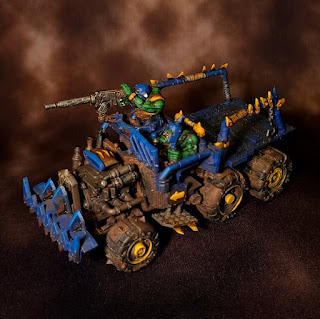 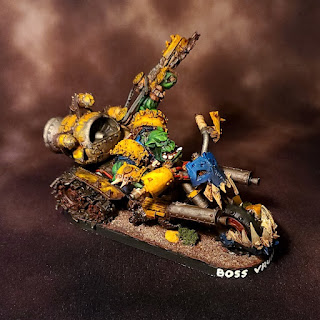 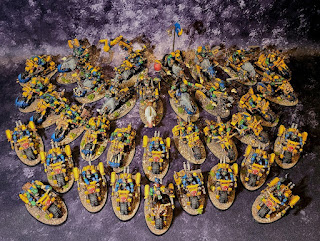 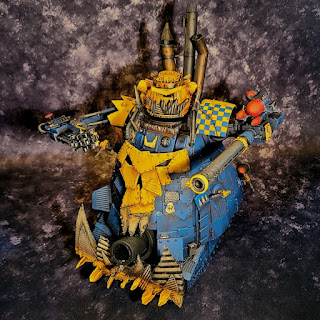 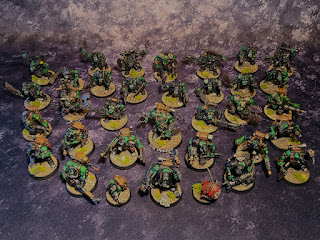 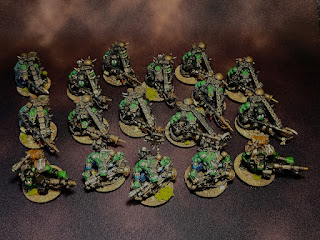 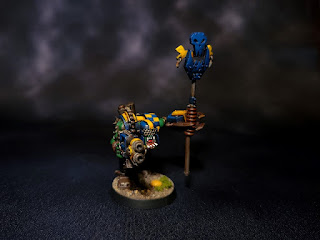 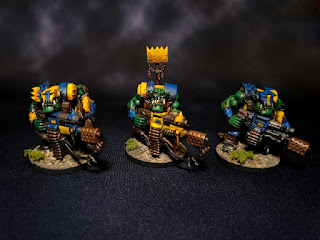 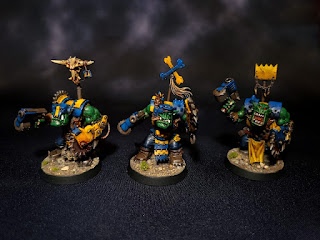 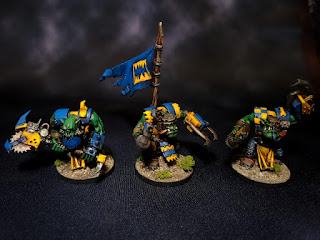 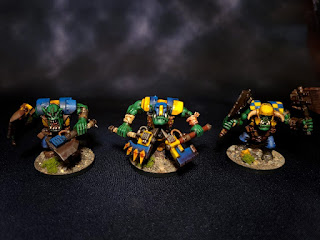 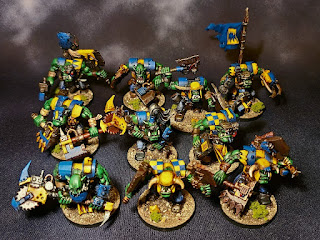 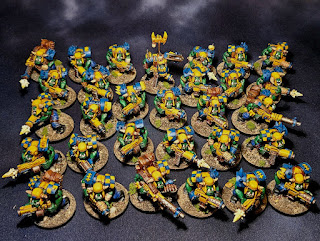 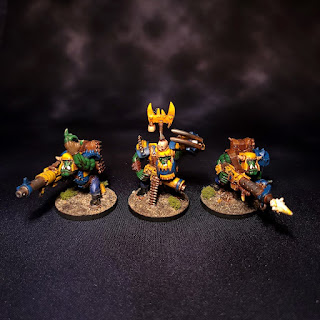 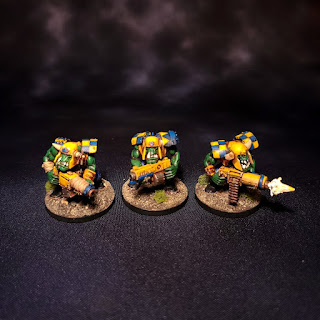 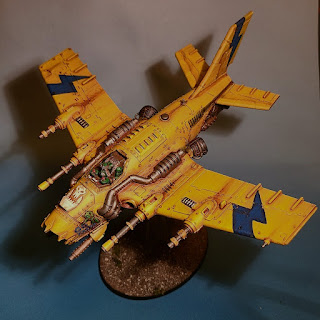 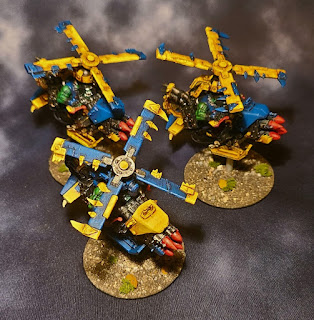 Popular posts from this blog

July 25, 2014
So I got a little me-time in tonight hobby-wise.  These were the first two Boyz squads I painted when I started playing the game in 2010.  I'd already re-done their shirts, but their metal parts and skin have always bothered me. Their barrels weren't even drilled out! I also see myself running more 'Ard Boyz in the future, so I added some 'eavy armor to the Old Boyz squad, then drilled their barrels out. As you can see, my 'Ard Boyz have all the armor plates you'd expect on them, but look at how clean the armor is.  Hardly a spot of rust!  I painted over the original 'Ard Boyz metal plates with brown and did another boltgun drybrush on them to create more of a rusted effect than just the bright boltgun-over-black that they were originally. Then, I went through and did a highlight of my high-green mixture on all 62 Boyz.  They look much more vibrant now, though I don't think that really communicates through in the pictures as much as
1 comment
Read more

June 07, 2019
The humans of Ghorok have expanded beyond that world since the coming of the Cicatrix Maledictum. Survival on the Ork worlds under the big, green thumb of Waagh! Drillteef is difficult for humanity, but not impossible.
Post a Comment
Read more