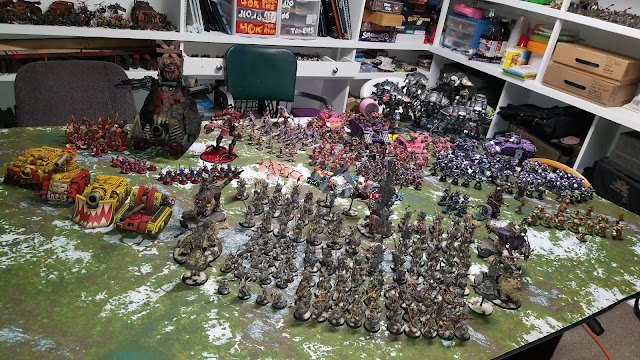 This year, I harnessed my D.I.N.K. status and the month off I got to recuperate from gastric bypass surgery to get a ton on hobby progress completed. Even with the relatively easy amount of personal responsibilities, it was a huge undertaking to get 475 models painted this year.

Thanks to Wendy for being the coolest. Also thanks to my hobby peer group including my own 40k club  made of various local and remote folks and also the people in the 1 Hour a Night Facebook group and the Insane Mode Facebook group.

Note that, in addition to these painted figs, I found the time to renovate the game room, write about 45,000 words, co-produce over 30 episodes of the Masters of the Forge podcast, play lots of games, and run the Goldensprue Cup GT. I also attended The Portal GT, the Beef & Wing Brawl, and Da Boyz GT. 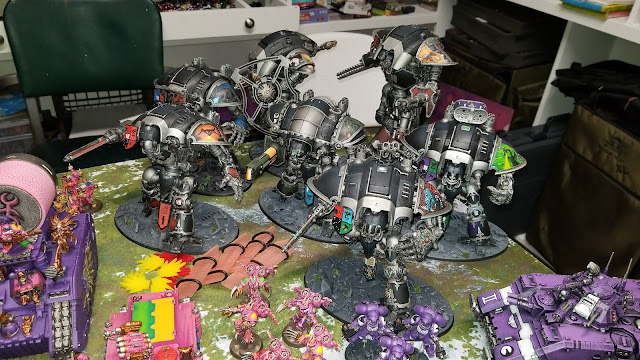 The first army I finished this year were my Imperial Knights of House Draco. I've had mixed experiences regarding my knights. They were a delight to paint and make up lore for, of course, but I had a hard time bringing them to events. The original intent was to use them as my Horus Heresy army. Sadly, many Horus Heresy events do not allow Knights. I brought them to a couple of 40k events and they did fairly well, but nothing so insurmountable as in 7th edition. 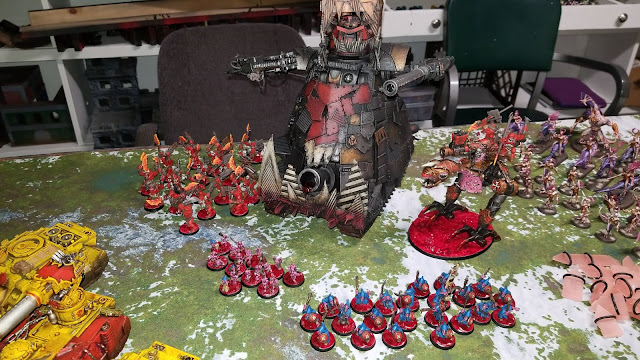 I added a few odds and ends to WAAGH! Tuska to use at the tail end of 7th edition. Mainly, I liked having an additional Skull Kannon for summoning, some Blue and Pink Horrors for Pink casualties and fleshing out Detachments. I used Daemonkin pretty exclusively in the first quarter of 2017. 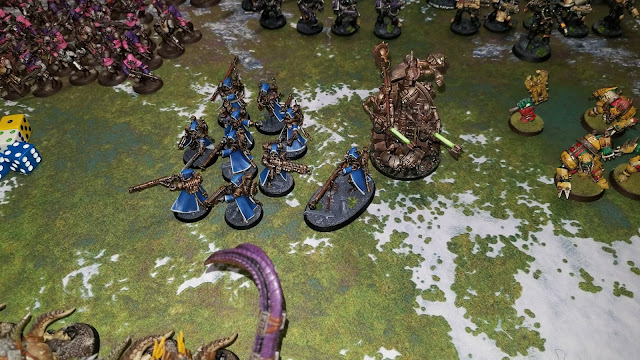 As 8th Edition approached, many of us became disinterested in playing 7th. In the month leading up to the new releases, our group played in a fun Shadow War campaign for which I picked up a box of Skitarii and made a good mixture of different models.

In addition, I built a counts-as Avatar for my Necrons army. 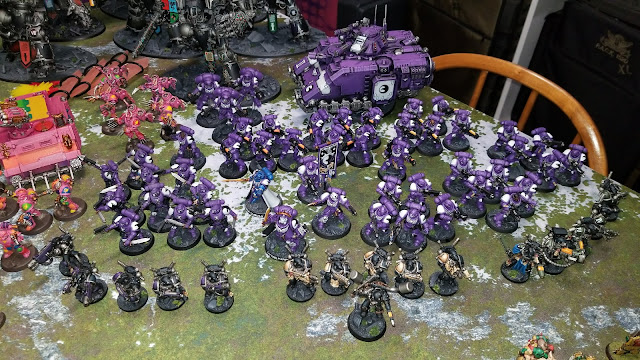 The release of 8th edition made collecting of the new Primaris kits easy thanks in no small part to GW for sending us a preview copy of Dark Milleneum. I also tacked on an additional Intercessor squad and a couple of Hellblaster squads at the end of the year. Now I can run a proper Battalion detachment made of Star Eagles. 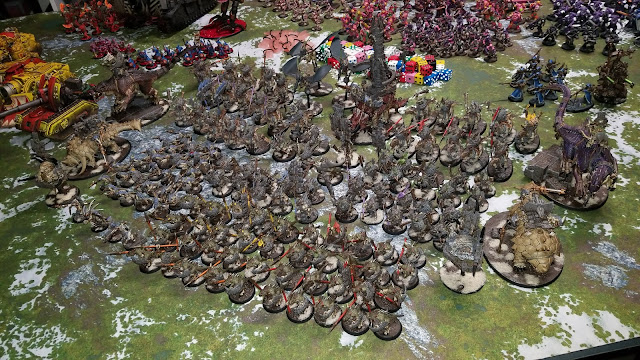 I've always wanted to  own a fantasy army and the upcoming surgery respite dates were going to be boring unless I could make use of it working on this army. 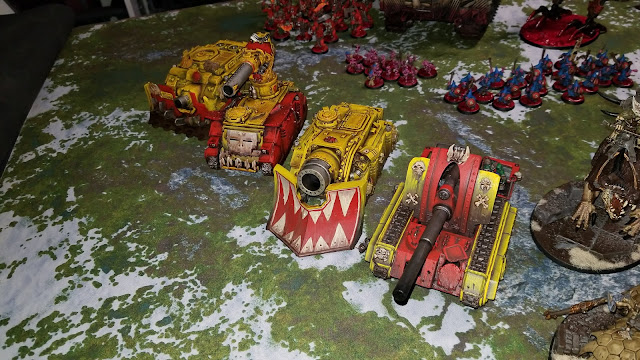 Despite the new rules, I only painted a handful of Orks units this year. Four Boomguns drew my attention, repainting three of them and doing a fourth from scratch. 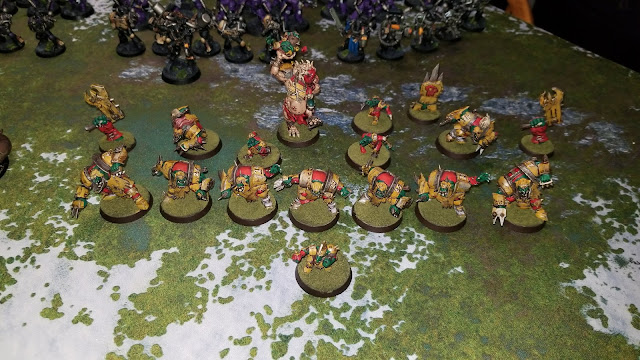 Wendy and I both got into Blood Bowl this year and attended our first NAF sanctioned event at Da Boyz GT. 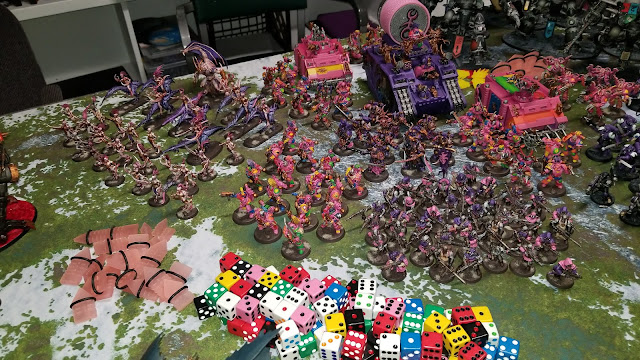 This project represents the majority of the time spent on hobby at the end of the year.

I'm going to try tapping the brakes a little bit in 2018. Certainly, I won't be shooting for another 17,000 or more points. I do want to focus on my Orks, though. I've already collected a few kits to expand them. In total, I have about 4000 points of models left to paint...