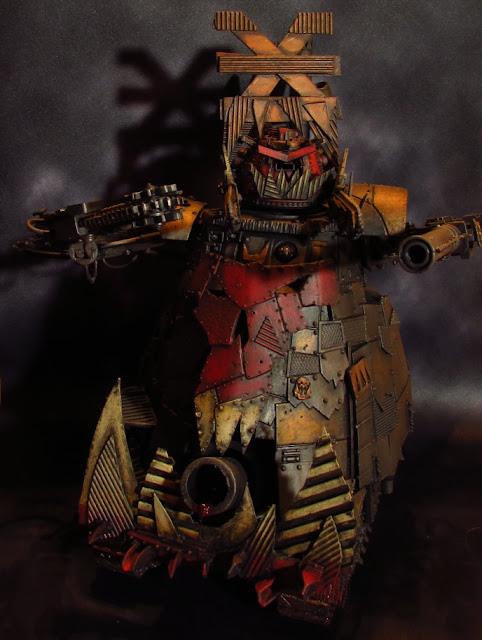 WAAGH! Tuska has been rampaging along the border of the Eye of Terror for weeks and the army has gained considerable momentum having fought both Imperial and Chaos assets alike. Following their most recent domination of a small industrial world held by the Adeptus Mechanicus, the WAAGH! celebrated by constructing a brand new war machine to please their lord, Tuska.

The massive construct is set to roar across the next battlefield, spewing death and crushing any opposition under its massive tracks. However, the Stompa uv Skullz' most impressive asset is its intimidating leer which is sure to strike fear into the hearts of Tuska's victims. 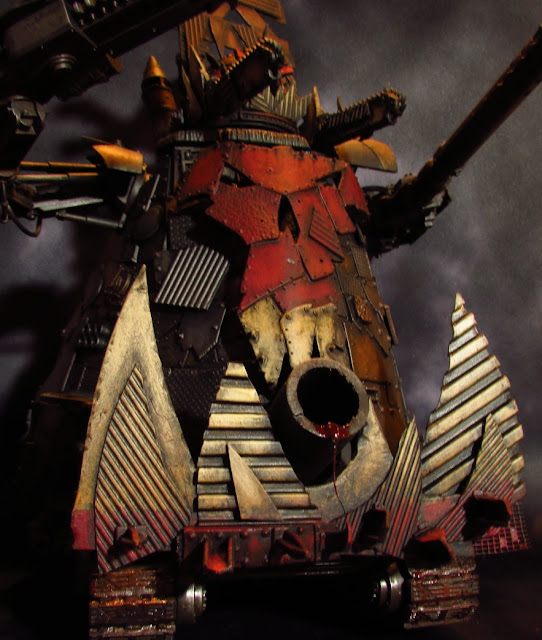 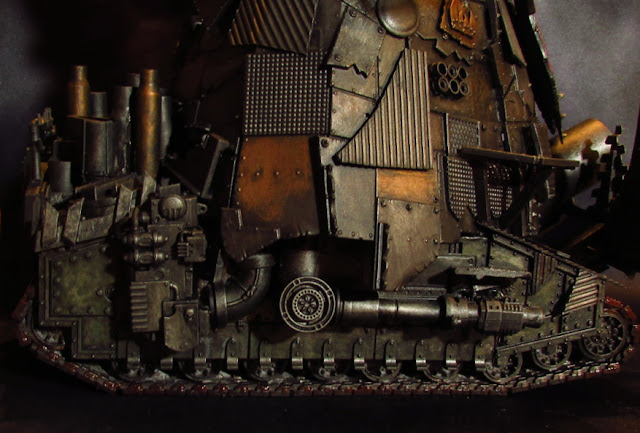 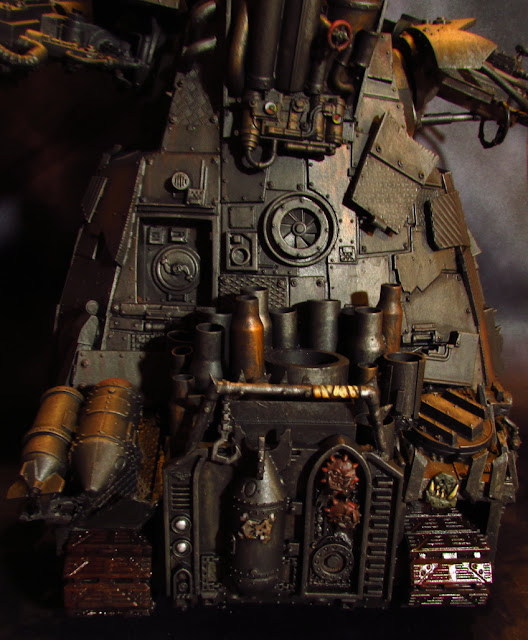 The namesake of the Guardians of S'val has emerged from the Shrine of the Unmaker. With him marches a host of Necron Warriors all bent to his unholy will. The Shard of S'val has been allowed to bind itself to a body of living metal. Although S'val's new form is relatively weak by C'tan standards, it is still a force to be reckoned with. The Crypteks who sought to control the Master of Unmaking have found themselves bound to its hubris.

The warring factions of Flayrah would do well to heed the threat which approaches. 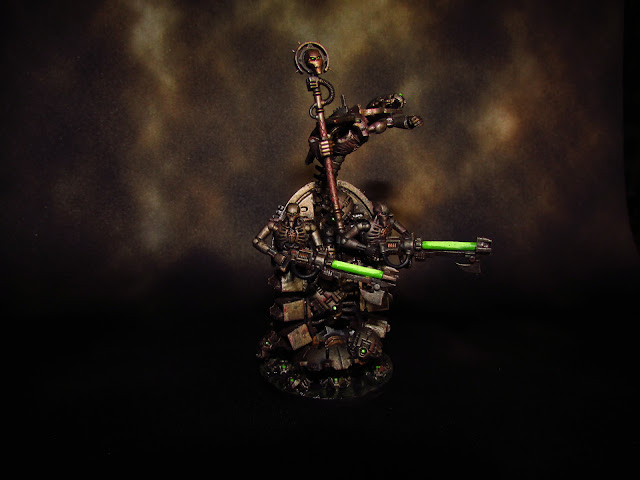 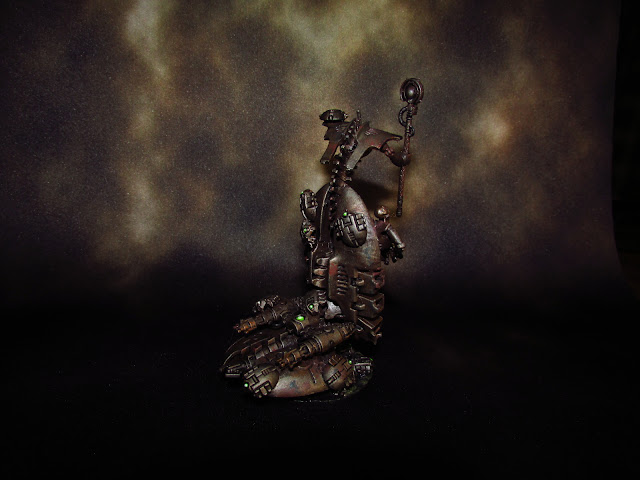 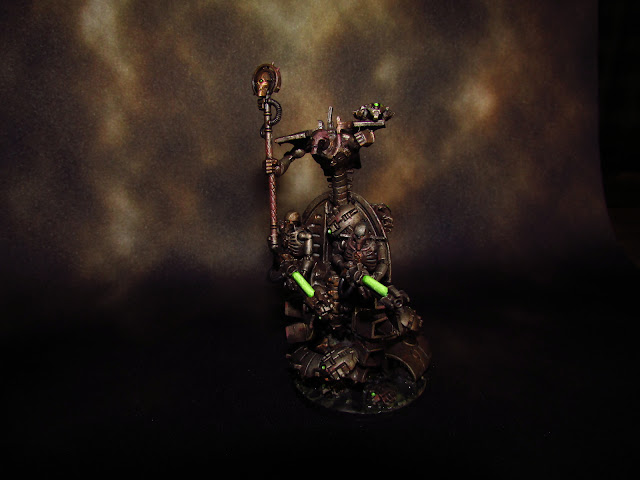 House Draco is said to be bound by honour with a mysterious group of Astartes clad in black MkVI armour. Arriving in times of dire need, they apparate onto the battlefield, seemingly out of nothingness. Their bolters, melta, and plasma weapons belch death immediately upon their arrival, felling great swaths of the enemy.

These Angels of Death are known as the Pugantes Draco. Only the closest allies of House Draco can guess at their origin.  Whoever they are, the Pugantes Draco  share a mutual debt of honour with the Knights of the house. Neither party suffers the other to be abandoned on the battlefield, both willing to risk forfeiting their own lives in order to guarantee the survival of the other. 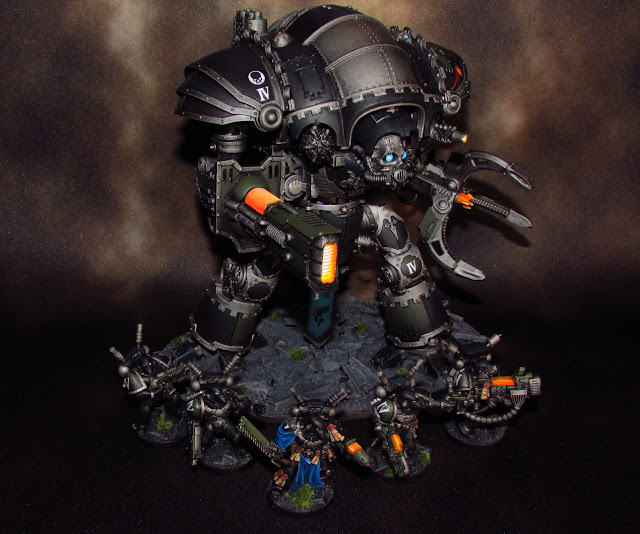 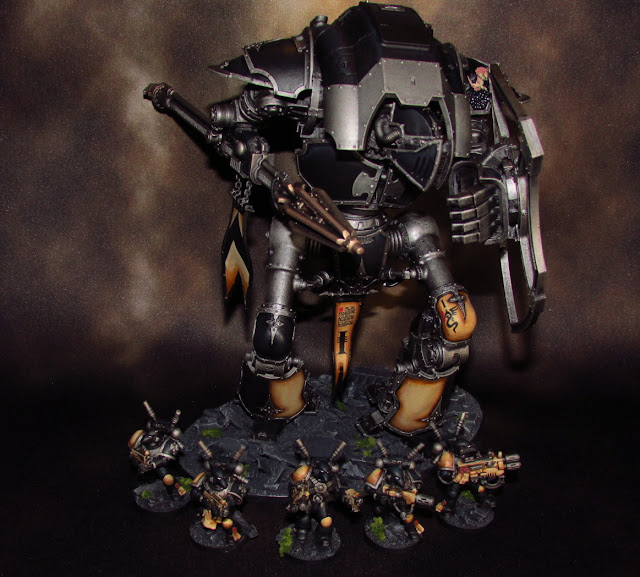 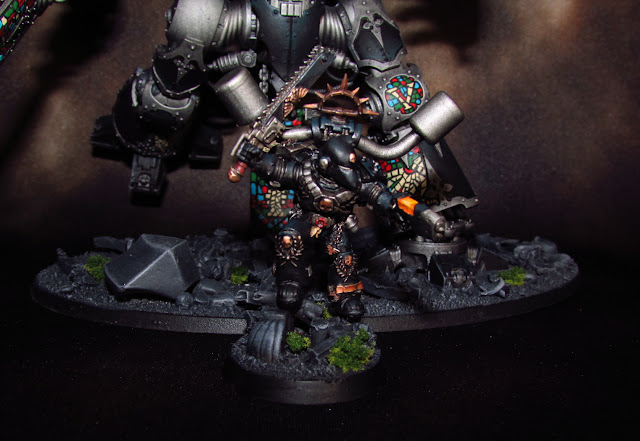 Hello! I'm here today to help suss out something that's been a hot-button issue of late. I was wondering at the actual feasibility of 100 brave Guardsmen of the implacable Astra Militarum taking out a tank with their Lasguns.

It turns out that lasers are actually quite awful at killing people. Because of the nature of our bodies being made of, primarily, water, it takes about 50,000 joules of energy to kill a person with a laser. Some sources say you could use a weapon with an output as weak as a Kilowatt, but you'd have to shoot them right in the eye. At any rate, this is WAY more energy than a bullet requires. Of course, the reality of energy storage in the far future may mean that you can actually store more laser shots in a clip than bullets. But who knows what the reasons for using lasers are, really?

Who, indeed! You know as well as I do that there are other things than people that need to be shot at  which lasers can be much better at killing. Things like... tanks!

In the game of Warhammer 40,000, a unit of 100 guardsmen could, at the maximum effective range of their lasguns, pump out 5,000,000 joules of energy into a tank. Of course, you need to concentrate all of that lasgun fire into a single spot on the tank in order to be effective. Well, that's probably why you still need to roll to-hit when shooting the tank. Sure, you're probably not gonna miss completely, but if your lasgun doesn't add to the destructive power of the other lasguns, you've effectively "missed" the target.

So, we must acquiesce and reduce our destructive power by half: 2,500,000 joules.

1 ton of TNT produces the destructive power of 4,000,000,000 joules. That's a lot of TNT, but we can calculate the destructive force of our barrage as being equal to about 1.25 pounds of dynamite.

Now, imagine that barrage at a range of 12". Our damage output effectively doubles to 2.5 pounds of dynamite.

Add in a First Rank, Fire! Second Rank, Fire! and your destructive output increases to 5 pounds of dynamite. This is 10,000,000 joules being pulsed at a tank (and pulsing a laser works much better than a constant beam for whatever reason) in a very directed fashion. It's not like an explosion near the tank... it's being focused.

I don't think this is too outrageous when you do the armchair math. This is also considering the output of the laser is probably better than I am assuming. I know I've read accounts where a lasgun has vaporised chest cavities and melted heads. It's always good to be conservative with calculations like this, though.

If any REAL physicists want to chime in, I'd love to hear your opinion/math.